"So what happened next??" She asked.

"I don't know!" I replied nonchalantly.

A Sunday evening filled with vagabond clouds and people. Waves were responding in a fashion to support her. Hisss-husss! Really, I was trying to recollect what happened to my fucking mind when I escaped just to feel a little punk- rebellious and now was trying to hide that with my puny-egregious responses but to my misfortune, I couldn't. Although when I look back and think was it a right decision to leave calculation and revel in the moment, it still makes me cringe yet I am still trying not to run amok like last year but who cares.

“Woohoooo!” A collective rejoicing sound is an indicator of rising party fever. This party was a double whammy. Reason one, end of the year party at an isolated beach with a bunch of college friends; Reason two, I got scholarship to study in Scotland. It was probably one of the last gala moment, I was having with my friends.

“Hey man! This beach is so dull, we should have gone to Goa”, Sid yelled.

“Dude! Goa Is overrated. Everybody rushing there. What’s the difference?”,Jomo retorted.

“I know a place but we have to go via highway”, Ronny, who is usually reticent joined in.

“no ..no.. I am not going anywhere. I remember the last time”,Jomo said.

“Jomo! C’mon man, be a sport! What happened last time? You just blowing it out of proportion!”, Sid replied.

I remembered last time was a fun experiment gone little haywire. I smirked at the flashback visuals from last NH trip when we had exhausted our fuel and had no money to buy even a single wada pav! May be Jomo was right. Besides that, these are times quite prone to road accidents. Weekend, Year-end and Christmas-New Year bashes across the city made it difficult to drive on bottlenecked traffic.

“I second that!”, Now was the turn for me to speak.
Sid looked puzzingly at me, “ Dude! When you became such a spoilsport?”

“I gotta go home.And I think this is the last party we’re having…”I was speaking but got interrupted.

“Okay, time to reveal our little secret to our departing friend!”, All smiled.

Now was the time for me to get puzzled.

A box filled with Bacardi lime flavour was opened.

“Guess what we got you wimpy boy?”, Sid smiled sheepishly.

Get into the moment man! Let us Catch the flavour of Life just like this lime”,Jomo smirked.

“Shut up. You gyaani!!”Ronny smilingly said.

“Now is the time to go!!wwwwoohoooooo!!!”

"Letters to mom, about love":My entry for the Get Published contest

A usual love affair of an average small town boy when he comes to a big city, becomes unusual when he finds himself torn between fulfilling parent's wishes,society's expectations
and his own ambition when he falls in love with a girl from another small town.On one side, this girl has learned worldly ways,street smart and has been to metro cities before.The boy is more like a kid who sleeps early,hate partying, shares his problem very little and finds solace in solitude.

There are very few in the hometown of this boy who believe in his ability except his parents.

There are also very few in this big city who can understand the feelings of this boy except that girl.

A simple love story is the combination of all possible complexities.

This time, an attempt has been taken to define the raw emotions involved in a love story with the help of seven letters which were written from a hospital bed, a hospital meant for HIV Positive patients.

What makes this story real?

While going through many projects in my academic career, I have met some persons who always wanted to let their story heard to the world.They surely belong to a different class and have had some experiences which I never had but there were some mutual experiences which made me ponder over it.This story is a salute to their passion for life, when young men and women are committing suicide after just one break-up or just because they could not achieve their true love.I hope this story may let them understand the value of true love and importance of life.

Dear Mom,
A big hug to you !I am miles away from you and trying to write a letter to you. I mean, come on! who writes a letter these days when you have access to mobiles, emails, Facebook  ...  and look what an irony !I am writing a letter on love to you. Who can understand love better than a mother?

Although the concept of love, known to you, is a bit different from the depicted romance in novels and movies, yet the essence of love remains same in every relationship. What changes is only our point of view.....

Being a small town boy, I would have never dared to fall in love with a city-bred girl. When dad wanted me to prepare for Civil services (I knew it but he never said it explicitly), I chose an alternate route to big city for management education...or possibly an alternate route to my freedom.

With a limited amount of money, which dad used to send me, I managed to date this girl. Felt guilty many a times for spending this hard-earned money of dad...but shrugged it off my head....just for the reason 'cause that girl made me feel good?! Lied many a times .Cheated. Now when I have invested a considerable portion of my money and time in such affair, should I be worried about its outcome? Should I bow down against destiny? Or fight against all odds?

When a boy advances to become a man, he stops discussing his life decisions with his parents. On the contrary, I could not think of you as someone with whom I could hide something. Even if I had tried, I would have been caught within your experienced eyes. But I know that even after knowing the facts, you could not have scolded or slapped me…this extreme belief of yours in my abilities…belittles me.. makes me nervous and makes me feel guilty about the whole thing. The thing which is called love…

Some or another day, when you will be able to understand the beauty of English language..I’ll let you read this…this agony, frustration about the inability of mine to do something about my life…this self-destructive behaviour…and why I let this happen?!

But it’s also about how a boy wakes up from his fairytale world and sees the real world that envelops him....

This is my entry for the HarperCollins–IndiBlogger Get Published contest, which is run with inputs fromYashodhara Lal and HarperCollins India.

The legend of a wounded knight


he legend of a wounded knight...
The hyenas are laughing again..
Yes , it’s scary and frustrating,
if someone laughs on your pain..
Yes , it’s filthy and disturbing,
if you ‘ve lost your battle again
Yet you brim, as you know , who's goin' to laugh last...

one of the famous pre- Raphaelite paintings

Drooping shoulder, weary eyes
And you have roamed to the Rome,
Day goes by and night flies
And you find comfort in a tomb,
The devil has smiled again...
Yet you glee, as you know, who's goin' to laugh last!

Posted by ManBelowAverage at 1:16:00 AM No comments:

I was wondering on the seashore

My eyes were weary and

I wanted you in my arms,

close to heart and so tight....

that you gasp to breath

and I smoke a puff of light,

in the wee hour of night,

muzzle and blinker my soul,
for i want a peaceful death
without any fight....

The irony of a merchandised leader 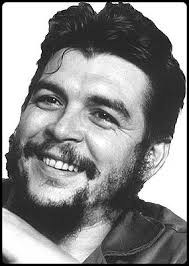 Che...one of the rare pics......the genuineness of smile can not be merchandised !!

The confession of a modern day armchair thinker


I shouldn't be ANNA...
'cause the noise of this crowd makes me nauseates,
the sound of hailing someone up or down,
irritates me/
though I haven't cared
less or more
for anyone...
Till date
I can turn and move
files over files;
should I move on over my data and dynastic majesty;
even that pint of courage,
would be,
enough for me...
In desperation and acting to bring diffrence..
That seems a probable reason..
For my not being Anna.
-from The inactivity of administrator and our intellectuals has done more harm to the Indian society......than a retard politician!!

'The confession of a modern day armchair thinker.'

Yes! I know what you did (in your) last summer (training)!!

Summer trainee or management trainee is one of the fanciest occupation….it simply means that you owe nothing to  the company and nothing is different in the case of that company. Although you might have been told in your institution that you are the ambassador of your institute, yet you always remain that decade-old Bajaj scooter which not only need many kicks but has to be tilted in a certain comic angle to suit the company’s needs.

Here are 7 highly effective ways in which you can improve your image (not possible if already dented!)
1. Cram the most typical words you got to know during your academic years. Use those words to show fake understanding of any topic being discussed in the meeting.

2. Be updated and information ready. Anybody, at any moment, can ask you a tricky question. E.g. what’s the score?

3.Be quick in approach and techno savvy because company don’t  like lethargic persons and spoon feeders You should be able to quickly hide your chat window and decipher the need to choose a computer kept in corner  without being said so.

4. Come office in a clean look. YES, the one which you sported on your last date which happened just after the Jurassic age.

5. Try to interact with people in your office no matter if they belong to the B&W Doordarshan days .In this way, you will be able to gauge the political leaning of office staff and can lean yourself accordingly.

6. Be attentive and maintain attendance. I know you never did it in your academic years but believe me you can fake it. Where is a will, there are ways to use it in your sentences as in following “I will do it in best possible ways’’, “I will do so as you say”.

7. Try to bring productivity in the company by your valuable insights. Any idea buried within your mind is worth a bomb and you have every right to explode it on the head of  the organization.

ManBelowAverage
Mumbai, Maharashtra, India
In this world when everybody is craving for fifteen minutes of fame,i yearn to be a nobody... Because...If nobody is perfect then being nobody is the only way to the perfection?!?(reverse logical thinking sometimes brings out unexpected surmises.)

Humour,satire and love all attitude with a little cynical view which do not comes handy in this agonizing,distressing and sadistic world...